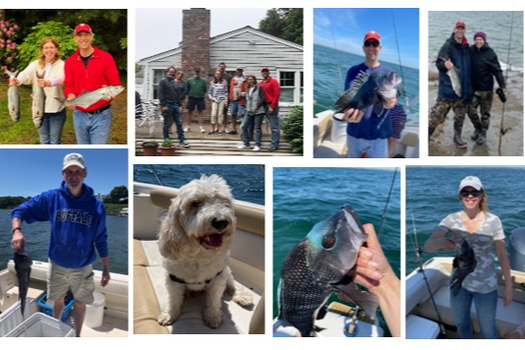 The Peters Group annual fishing outing took on a whole new meaning this year — due to inclement weather (high winds, rain and raw temperatures), the "official" boat trip was postponed on Friday, June 4th. Despite the 25 mph winds and pelting rain, 7 die-hards decided to test their luck with some shore fishing off Cotuit as well as at the famous Cape Cod Canal. The blue fish were plentiful!

Interestingly though, the canal fishing only yielded people asking, "What are we doing for lunch?" as the fish weren't biting (wink wink). A few members were not ready to quit (see the Yankees t-shirt) until the sun broke through and ultimately caught the prized Black Sea Bass. Here are some action shots from the day. 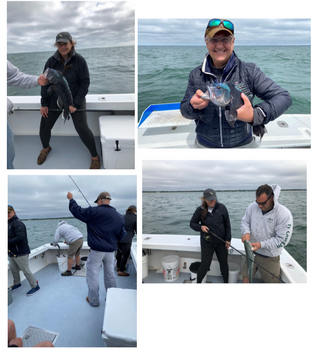 As you know, our group has sponsored an annual fishing outing on Cape Cod since 1988. Yes, there have been a few occasions when the event has been rained out. This year, we canceled the event due to the pandemic. However, not to be deterred, a few of us got together on Monday, June 15th and enjoyed catching sea bass and blue fish under the direction of Captain Ty Anderson. Our expectation is that the full event will be back on next year in early June. We hope everyone is staying healthy and carefully returning to somewhat of a normal life during these challenging times. 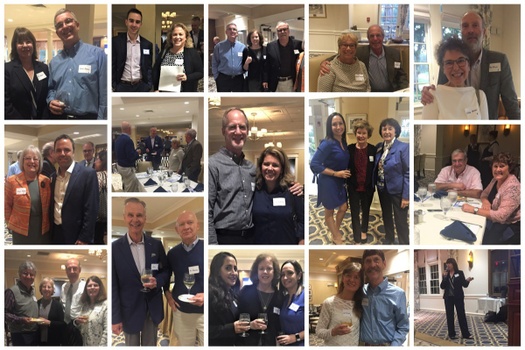